We could have just chosen a number from 1 to 7.

We could have named our 7 conference/huddle rooms after the colors of the rainbow (afterall, there are seven of those). Seven wonders of the world, seven deadly sins, seven days of the week, or the seven hills of Cincinnati. But, that is not how we do things around here.

Our conference room names are inspired by seven principles of truth. And as storybuilders, we wanted to reveal what truth means to us through seven stories that span the breadth of time and genres of storytelling. 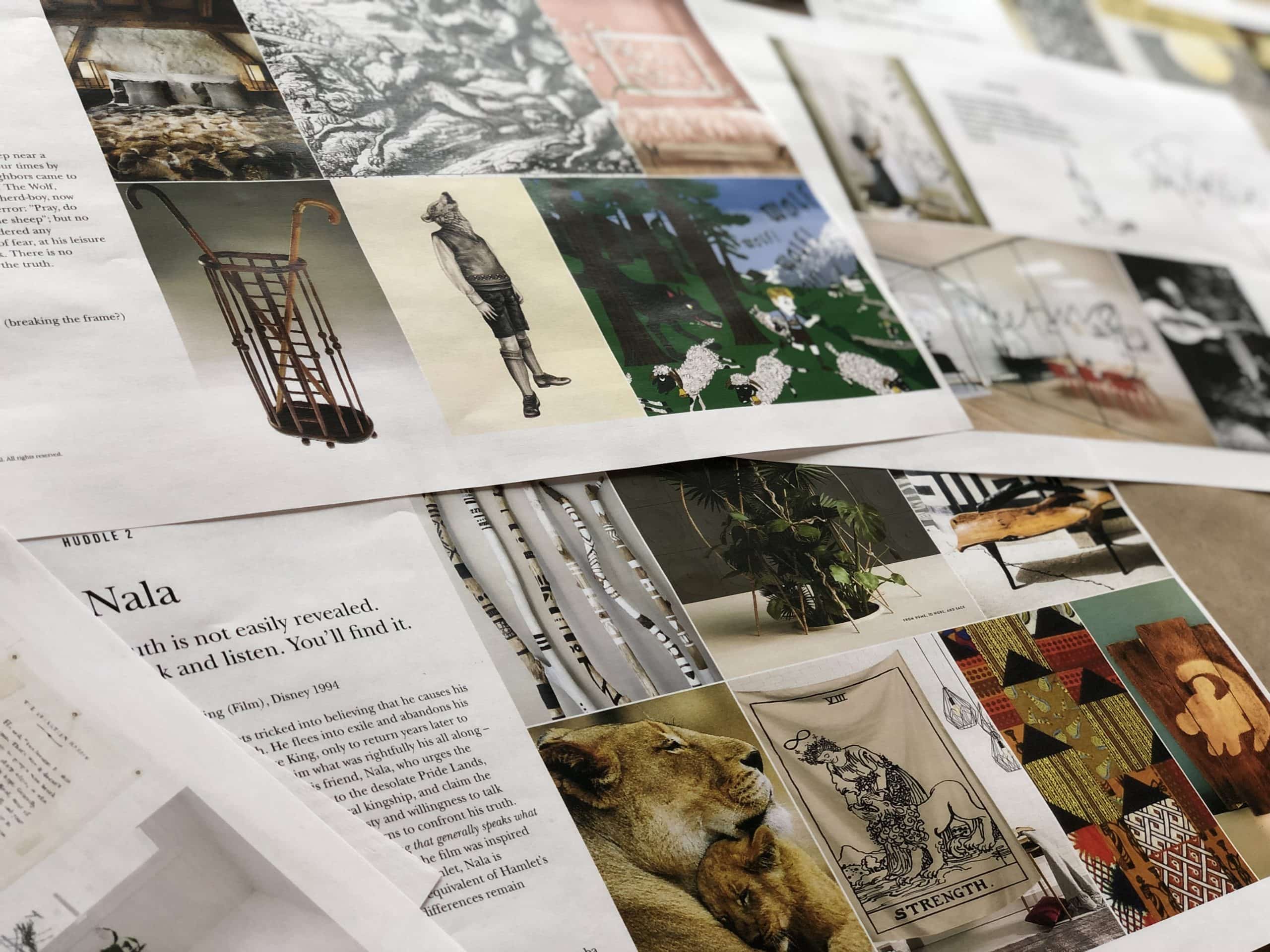 Visual inspiration for Crywolf and Nala

The first conference room you encounter is Silverstein. This room was inspired by Shel Silverstien’s poem, Invitation.

Truth welcomes everyone. Open your arms.

It only made sense to make the first conference room, across from the reception desk, about welcoming. From the moment you walk in, Invitation, the introduction to Where the Sidewalk Ends embodies what we believe in and who we want to spend our time working with.

“If you are a dreamer, come in,
If you are a dreamer, a wisher, a liar,
A hope-er, a pray-er, a magic bean buyer …
If you’re a pretender, come sit by my fire
For we have some flax-golden tales to spin.
Come in!
Come in!”
— “Invitation,” “Where the Sidewalk Ends,” Shel Silverstein, 1974 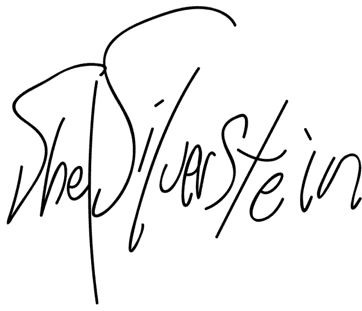 Crywolf follows Silverstein. The name of this room is derived from the old fable about the boy who cried wolf.

Truth is a lifelong endeavor. Make it your full time job

Everybody who works at Hyperquake has made it their full time job to tell the truth.

“A Shepherd Boy tended his master’s Sheep near a dark forest not far from the village…. One day as he sat watching the Sheep and the quiet forest, and thinking what he would do should he see a Wolf, he thought of a plan to amuse himself.

His Master had told him to call for help should a Wolf attack the flock, and the Villagers would drive it away. So now, though he had not seen anything that even looked like a Wolf, he ran toward the village shouting at the top of his voice, “Wolf! Wolf!”

As he expected, the Villagers who heard the cry dropped their work and ran in great excitement to the pasture. But when they got there they found the Boy doubled up with laughter at the trick he had played on them.

A few days later the Shepherd Boy again shouted, “Wolf! Wolf!” Again the Villagers ran to help him, only to be laughed at again.

Then one evening as the sun was setting behind the forest and the shadows were creeping out over the pasture, a Wolf really did spring from the underbrush and fall upon the Sheep.

In terror the Boy ran toward the village shouting “Wolf! Wolf!” But though the Villagers heard the cry, they did not run to help him as they had before. “He cannot fool us again,” they said.

The Wolf killed a great many of the Boy’s sheep and then slipped away into the forest.

Liars are not believed even when they speak the truth.”

Our main conference room that we gather in every Monday morning was named Hamilton, after Broadway’s hit musical. This is “the room where it happens.”

Truth stands up to scrutiny. Put it to the test. 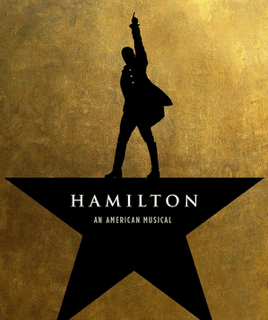 Burr: It’s the middle of the night.

Hamilton: Can we confer, sir?

Burr: Is this a legal matter?

Hamilton: Yes, and it’s important to me.

Burr: What do you need?

Hamilton: Burr, you’re a better lawyer than me.

Hamilton: I know I talk too much, I’m abrasive

My client needs a strong defense.

Hamilton: Hear me out.

Defending the document to the public.

Burr: No one will read it.

Burr: And if it fails?

Hamilton: Burr, that’s why we need it.

Burr: The constitution’s a mess.

Hamilton: So it needs amendments —

Hamilton: So is independence.

We have to start somewhere.

What are you waiting for?

What do you stall for?

We won the war.

What was it all for?

Do you support this constitution?

Hamilton: Then defend it.

Burr: And what if you’re backing the wrong horse?

Hamilton: Burr, we studied and we fought and we killed

For the notion of a nation we now get to build.

For once in your life, take a stand with pride.

I don’t understand how you stand to the side.

If you venture further back into our office, you’ll find our huddle rooms. Named George, Nala, Velveteen, and Scout, they all represent principles of truth that challenge and encourage us as we do our work every day. 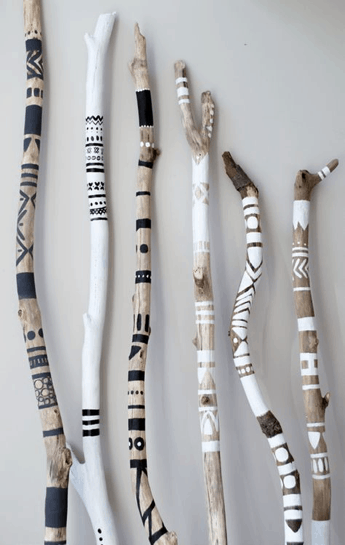 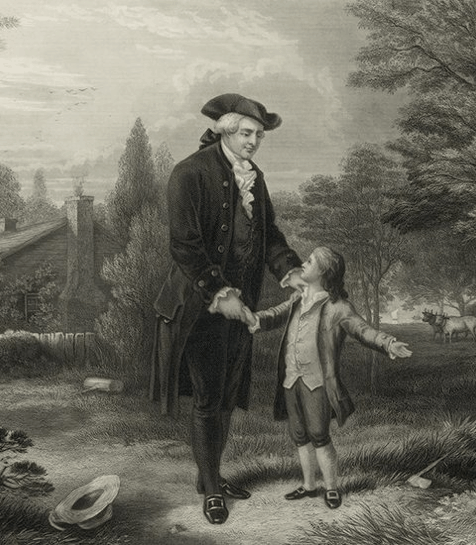 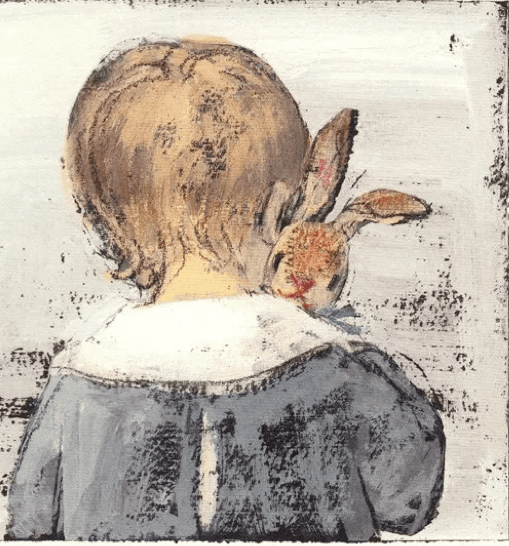 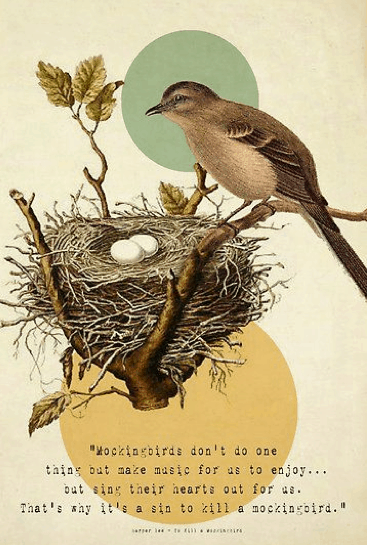 George, after the Washington and the Cherry Tree myth.

Truth has value. Respect it as a precious gift. 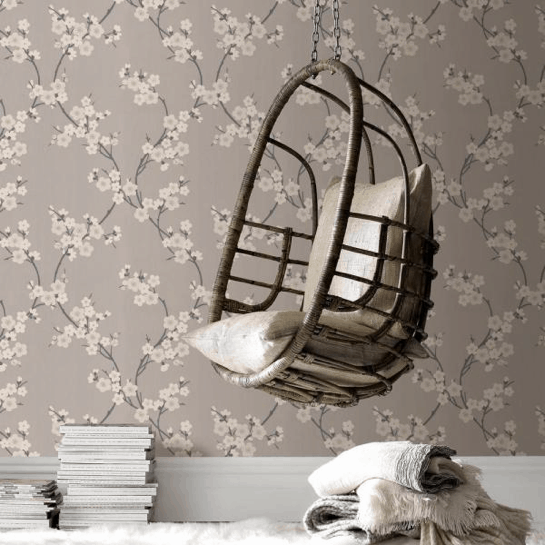 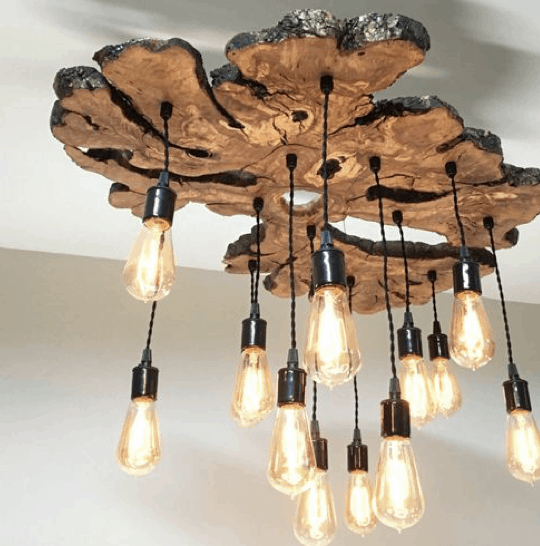 “When George was about six years old, he was made the wealthy master of a hatchet! of which, like most little boys, he was immoderately fond, and was constantly going about chopping every thing that came in his way.

One day, in the garden, where he often amused himself hacking his mother’s pea-sticks, he unluckily tried the edge of his hatchet on the body of a beautiful young English cherry-tree, which he barked so terribly, that I don’t believe the tree ever got the better of it.

The next morning the old gentleman finding out what had befallen his tree, which, by the by, was a great favourite, came into the house, and with much warmth asked for the mischievous author …. George, said his father, do you know who killed that beautiful little cherry-tree yonder in the garden?

This was a tough question; and George staggered under it for a moment; but quickly recovered himself: and looking at his father, with the sweet face of youth brightened with the inexpressible charm of all-conquering truth, he bravely cried out, “I can’t tell a lie, Pa; you know I can’t tell a lie. I did cut it with my hatchet.”

–Run to my arms, you dearest boy, cried his father in transports, run to my arms; glad am I, George, that you killed my tree; for you have paid me for it a thousand fold. Such an act of heroism in my son, is more worth than a thousand trees, though blossomed with silver, and their fruits of purest gold.”

Nala, after the Disney classic, The Lion King.

Truth is not easily revealed. Look and listen, you’ll find it. 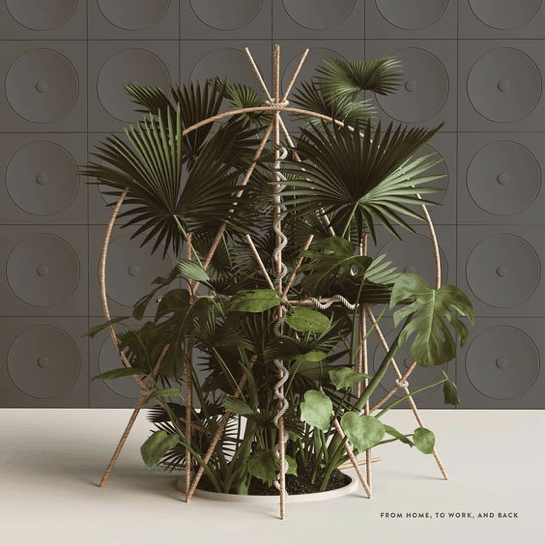 A young lion gets tricked into believing that he causes his own father’s death. He flees into exile and abandons his identity as the future King, only to return years later to face the truth and claim what was rightfully his all along – the Kingdom. But it’s his friend, Nala, who urges the reluctant Simba to return to the desolate Pride Lands, corrupted by Scar’s tyrannical kingship, and claim the throne. With her brutal honesty and willingness to talk some sense into Simba, he returns to confront his truth. (Nala is often the one in the Lion King that generally speaks what they audience is actually thinking.) As the film was inspired by William Shakespeare’s tragedy Hamlet, Nala is considered to be The Lion King’s equivalent of Hamlet’s love interest Ophelia, although differences remain between the two characters.

Nala: “What’s happened to you? You’re not the the Simba I remember.”

Simba: “You know you’re starting to sound like my father.”

Velveteen, after the beloved storybook, The Velveteen Rabbit.

Truth runs deeper than fact. Be open to new possibilities. 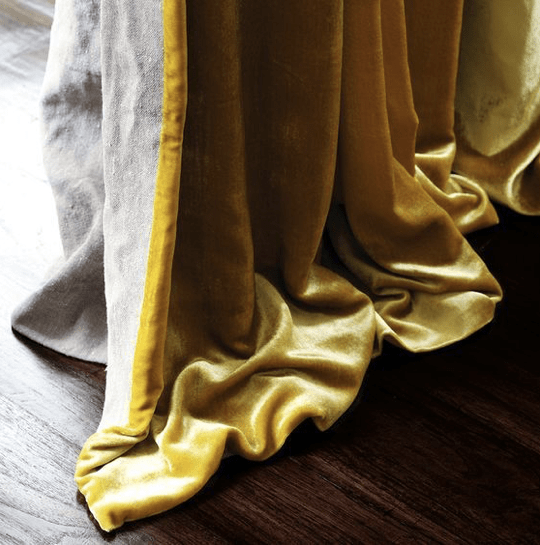 “Real isn’t how you are made,” said the Skin Horse. “It’s a thing that happens to you. When a child loves you for a long, long time, not just to play with, but REALLY loves you, then you become Real.”

“Does it hurt?” asked the Rabbit.

“Sometimes,” said the Skin Horse, for he was always truthful. “When you are Real you don’t mind being hurt.”

“Does it happen all at once, like being wound up,” he asked, “or bit by bit?”

“It doesn’t happen all at once,” said the Skin Horse. “You become. It takes a long time. That’s why it doesn’t often happen to people who break easily, or have sharp edges, or who have to be carefully kept. Generally, by the time you are Real, most of your hair has been loved off and your eyes drop out and you get loose in the joints and very shabby. But these things don’t matter at all, because once you are Real you can’t be ugly, except to people who don’t understand.”

Scout, after the strong daughter of Atticus in Harper Lee’s To Kill a Mockingbird.

Truth requires courage. Be who you are. 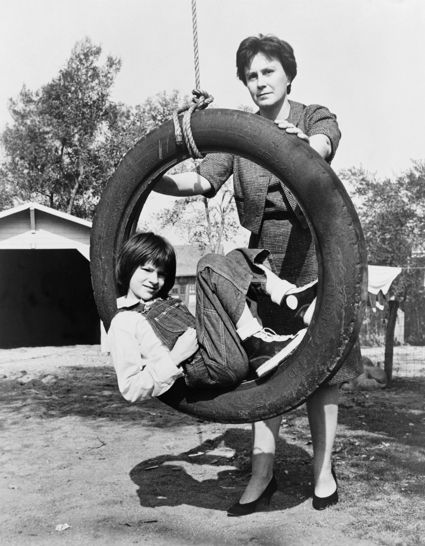 “I felt the starched walls of a pink cotton penitentiary closing in on me, and for the second time in my life I thought of running away. Immediately.” – Chapter 14

“Atticus told me to delete the adjectives and I’d have the facts.” – Chapter 7

Yeah, we could have just numbered them. We could have slapped any name on them, but “we’ve got tales to spin. Come in! Come in!” 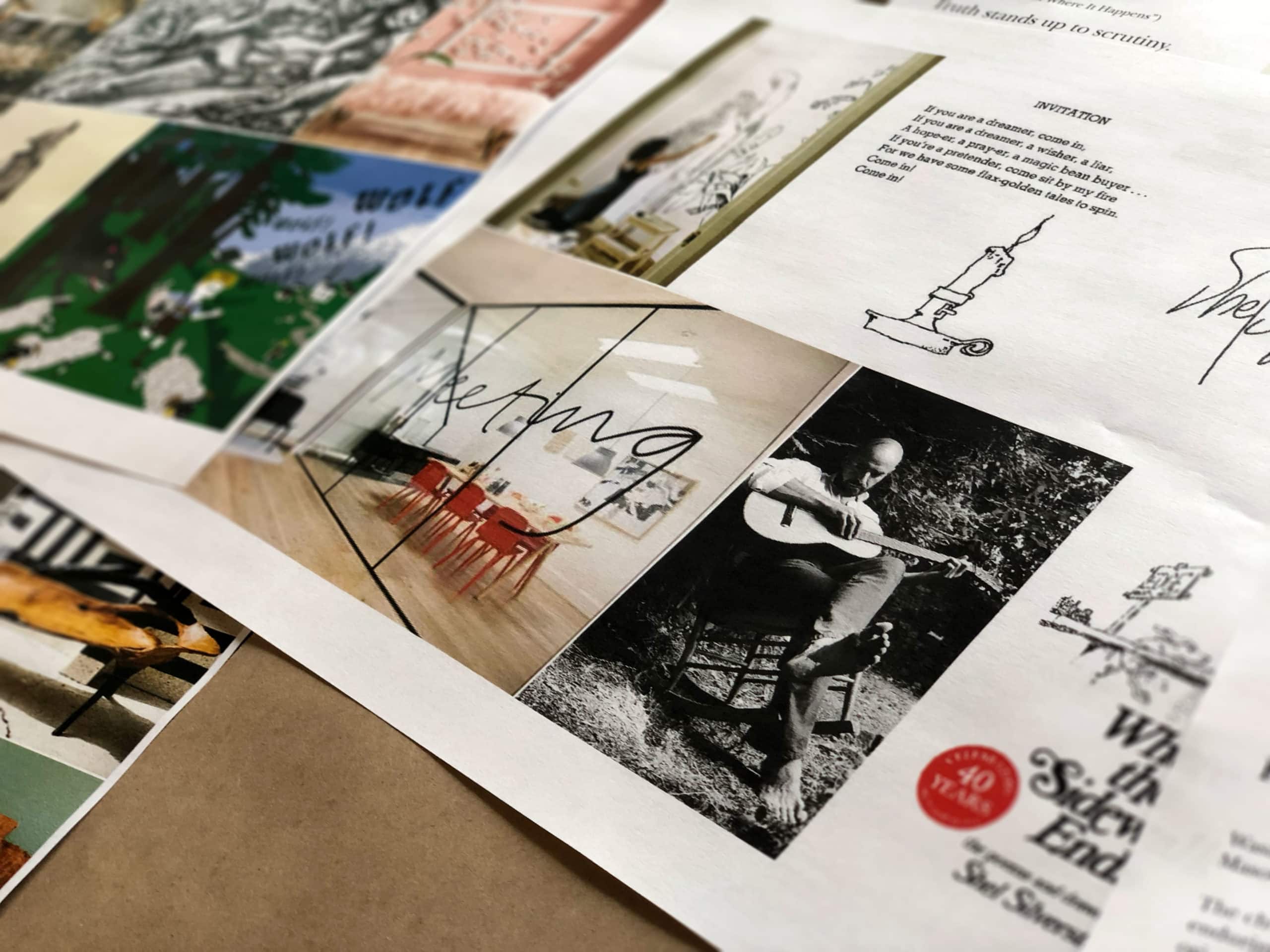