Heroes & Outlaws: The Last Dance and The Archetypes of Michael Jordan

Every great story has a cast of characters. The Chicago Bulls are no different.

With the season finale of ESPN’s “The Last Dance” airing this weekend — featuring episodes 9 and 10 of the 10-part documentary series that takes an in-depth look at the Chicago Bulls’ dynasty during the 90’s — we get to view a stunning portrait of one of the sport’s most iconic athletes and celebrated teams. “The Last Dance” follows the Bulls’ 1997-98 season from start to finish, while also covering the rest of the chapters in Michael Jordan’s remarkable career and run of an unprecedented six NBA titles in eight seasons. I’ve always loved watching how athletes, coaches, teams, and organizations operate behind the scenes. Storybuilding™ is something we have the utmost respect for in our work. 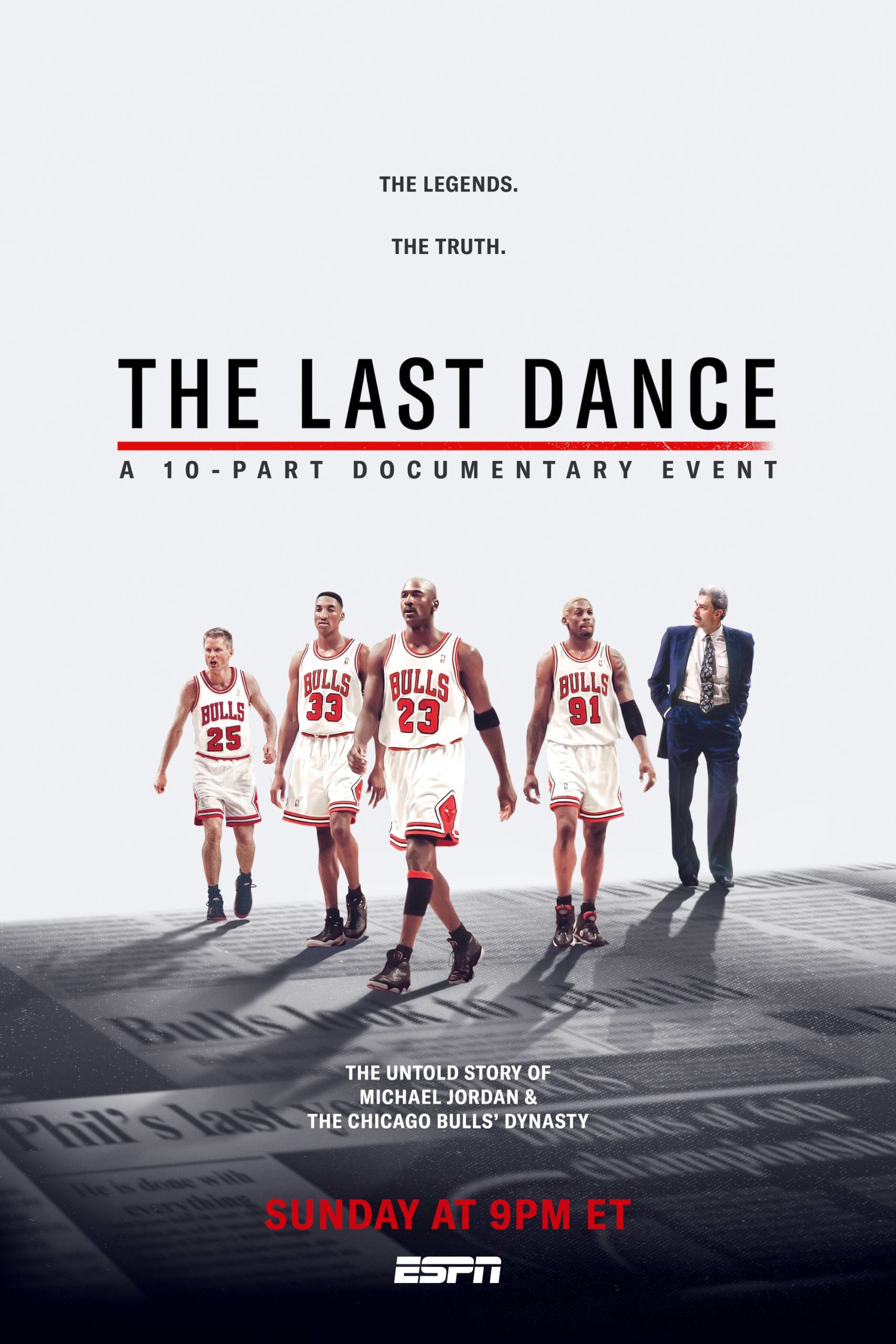 These three simple words ground us, our ethos here at Hyperquake. And everything we do starts with story. We leverage several different narrative tools on a daily basis, whether we’re creating a brand alongside an entrepreneur with a dynamic vision, evolving a century-old brand and business that’s also a household name, or crafting a story to stand up in physical space — it all starts with a great story. We leverage tools like The Hero’s Journey, as framed by Christopher Vogler and Joseph Campbell, The Story Spine (also one of Pixar’s 22 rules of storytelling), and lastly Archetypes (universal, archaic symbols and images that derive from the collective unconscious, as proposed by Carl Jung). 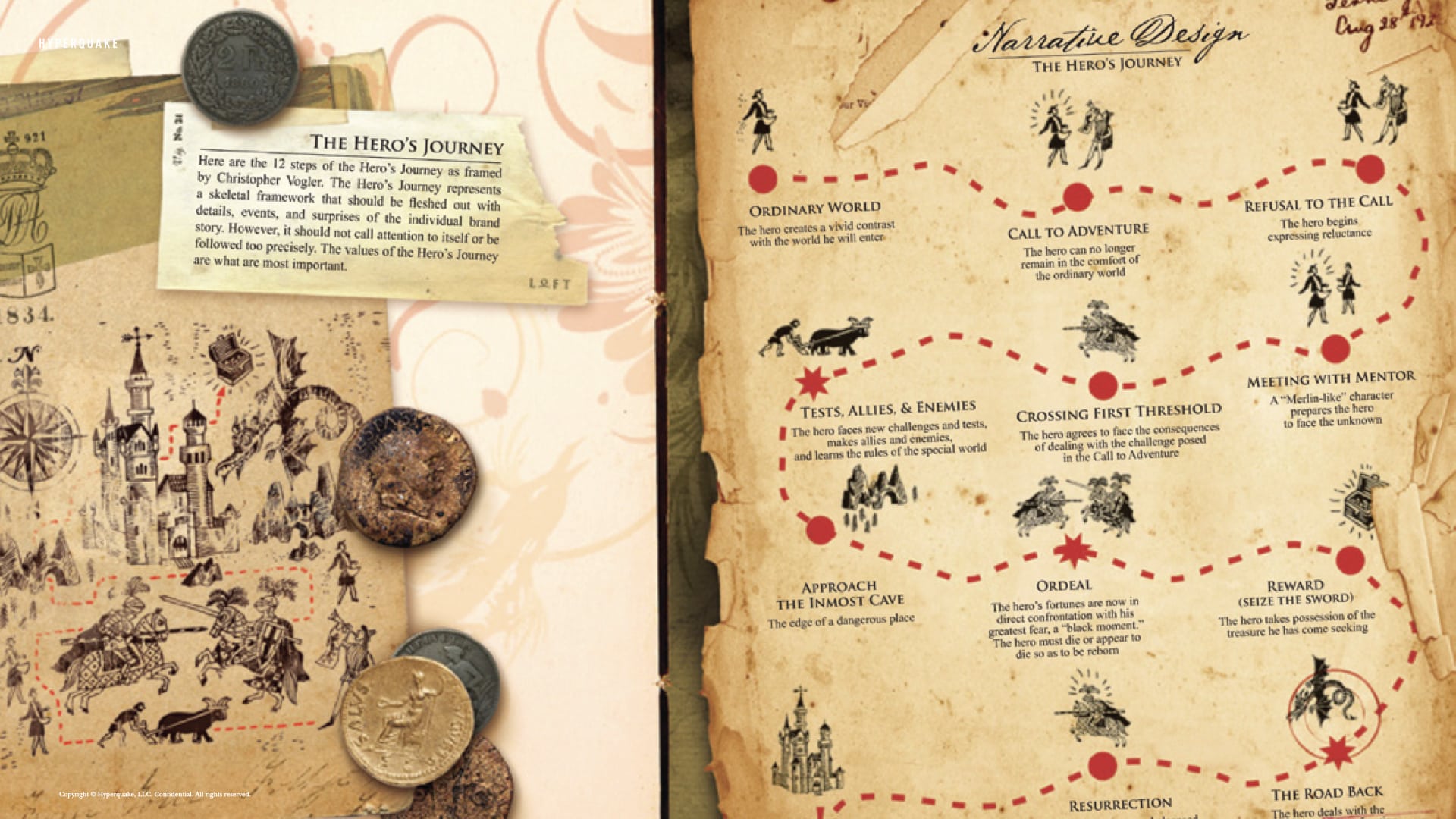 The 12 steps of the Hero’s Journey as framed by Christopher Vogler.

Carl Jung created twelve Archetypes, rooted in  personality traits that are easily understood and are imprinted into our psyches.

Carl Jung (1875-1961) was a Swiss psychiatrist and psychoanalyst who founded analytical psychology. He explored ancestral roots and the collective unconscious, studying behavior patterns and cultural symbols and images that exist in the collective unconscious. He defined 12 Archetypes of personality, and acknowledged that all 12 of these personas exist within us, and we exhibit them at different times, for different reasons, in different environments and experiences. 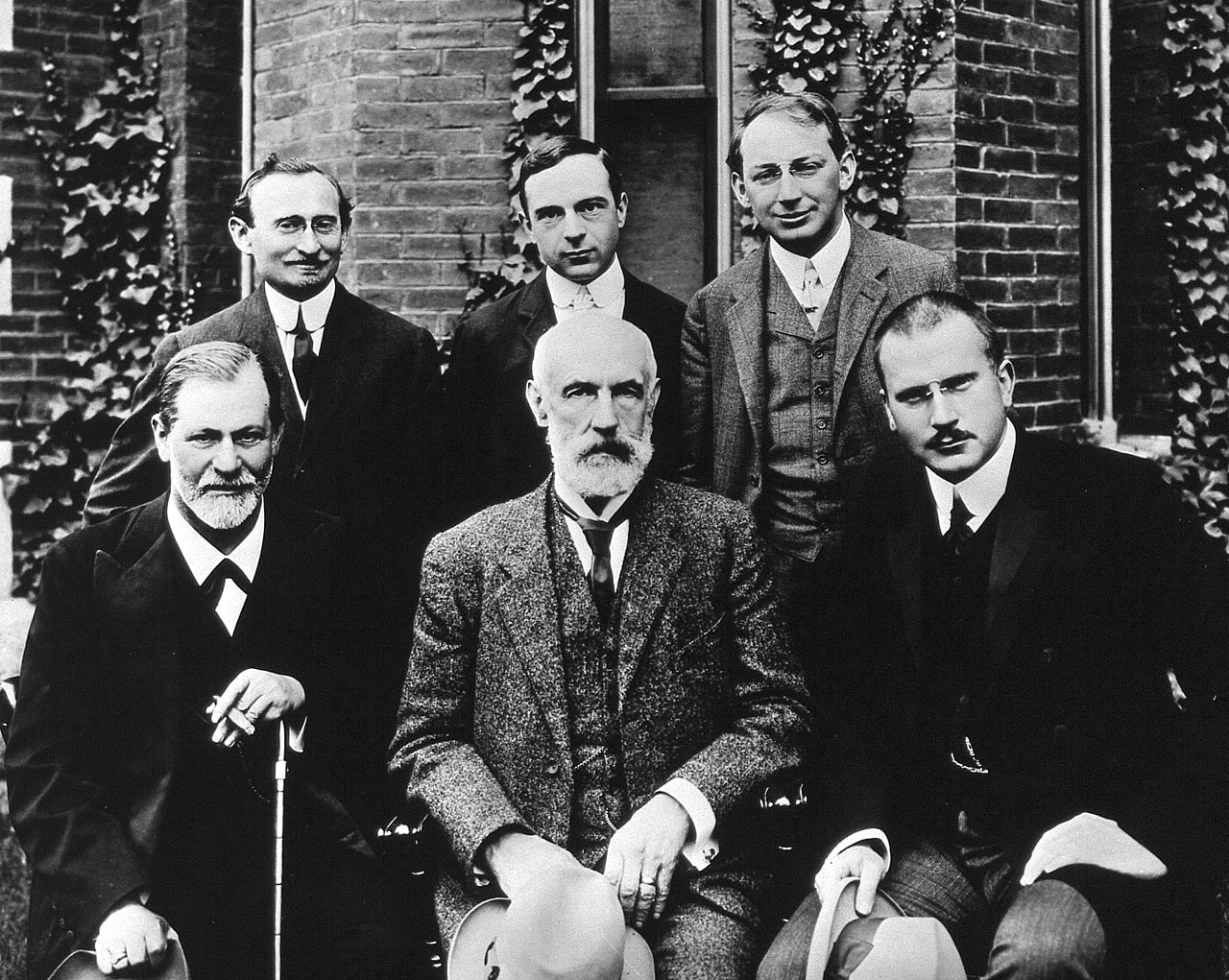 We create brand archetypes in order to look inward on a brand’s personality and character. What personality is your brand?

Some brands are easily associated with a particular archetype: Disney is a Magician brand, while Apple is a Creator (although they’ve shifted from being an Outlaw in 1984). Your archetype can evolve over time. Jeep has always been an Explorer, while Old Spice became a Jester in the last decade. The NFL is a Ruler, while Johnson & Johnson embraces their Caregiver persona. 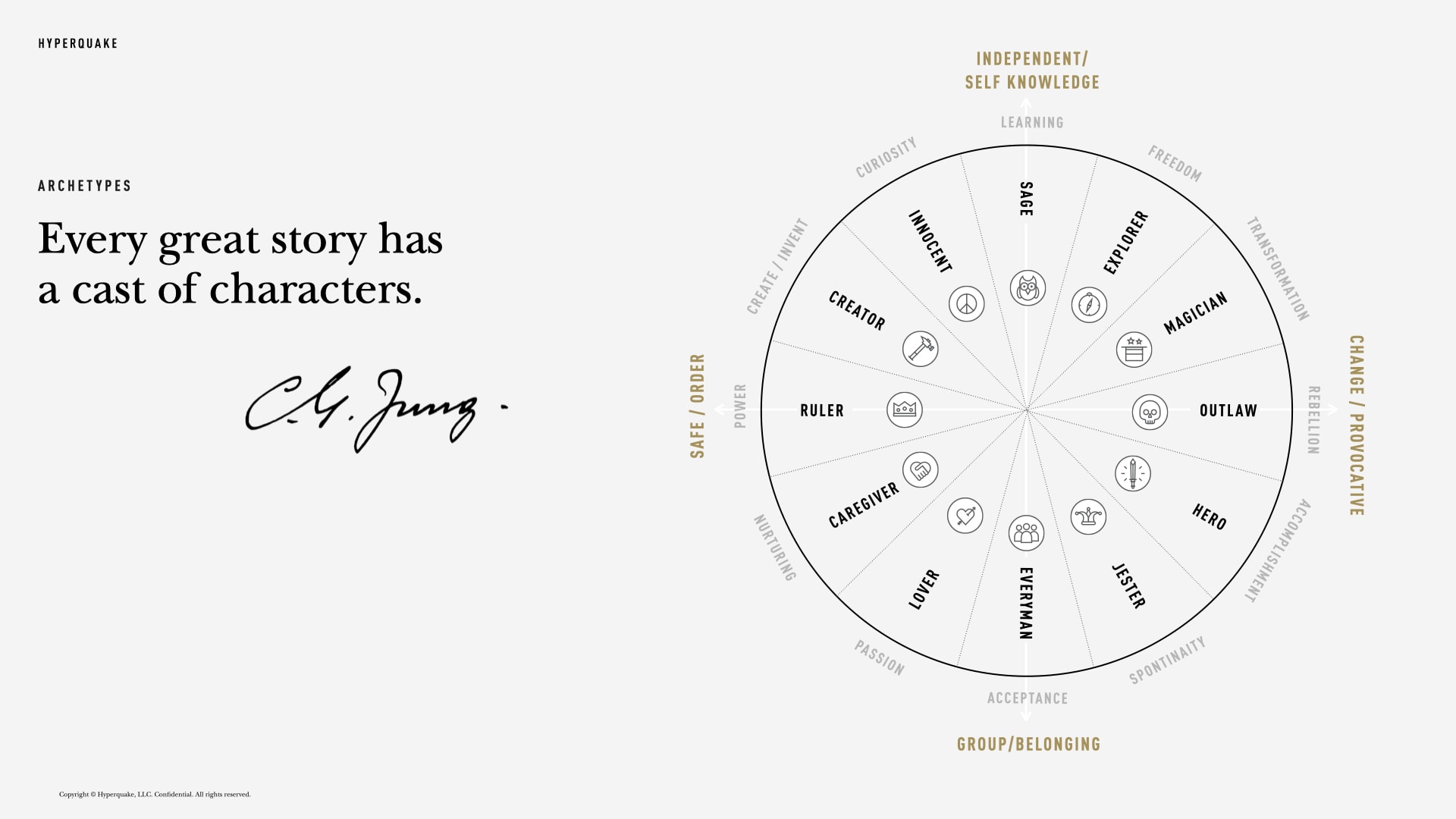 Hyperquake’s Archetypes Framework, inspired by the work of Carl Jung 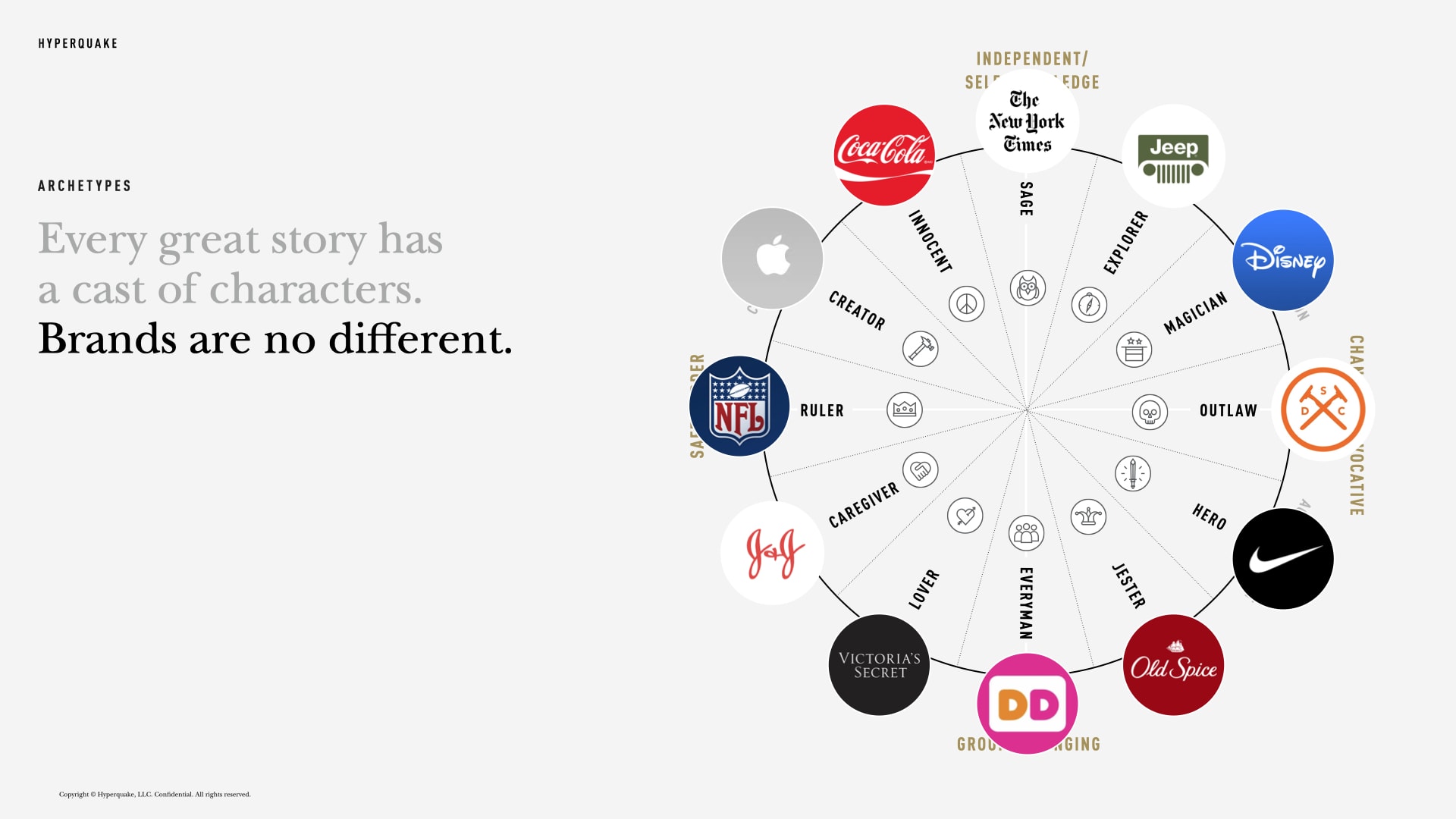 The same can be done with characters in a story — much like the Chicago Bulls of the 90’s. Rodman the Outlaw. Jordan the Ruler. Pippen the Everyman (from his humble beginnings as the equipment manager of his college team before earning a spot on the team). Coach Phil Jackson the Sage, for his ability to wisely stitch together a team of unique personalities with one part discipline, one part freedom to be themselves, and one part unorthodox triangle offense, while keeping them focused on his vision.

But what is fascinating is looking at one character and how they embrace multiple archetypes. Michael Jordan exhibits all 12 archetypes at different times throughout his career, as depicted in “The Last Dance.” He’s been a Hero many times in the last fleeting seconds of his iconic championship runs, an Outlaw on and off the court, and a Magician with his vision and mesmerizing ability to escape the limits of gravity and athleticism.

seven archetypes of Michael Jordan, with brands that embody each persona 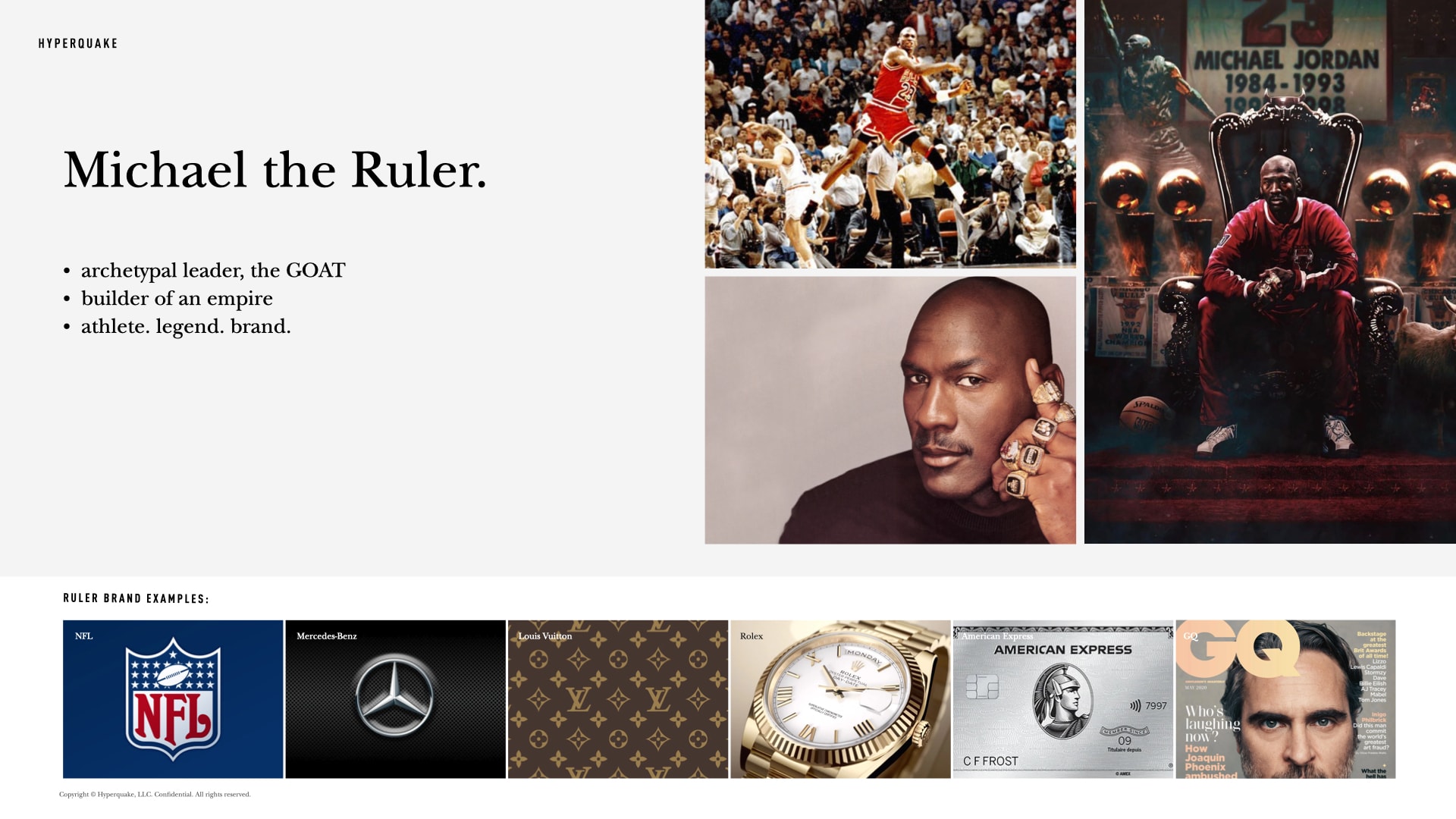 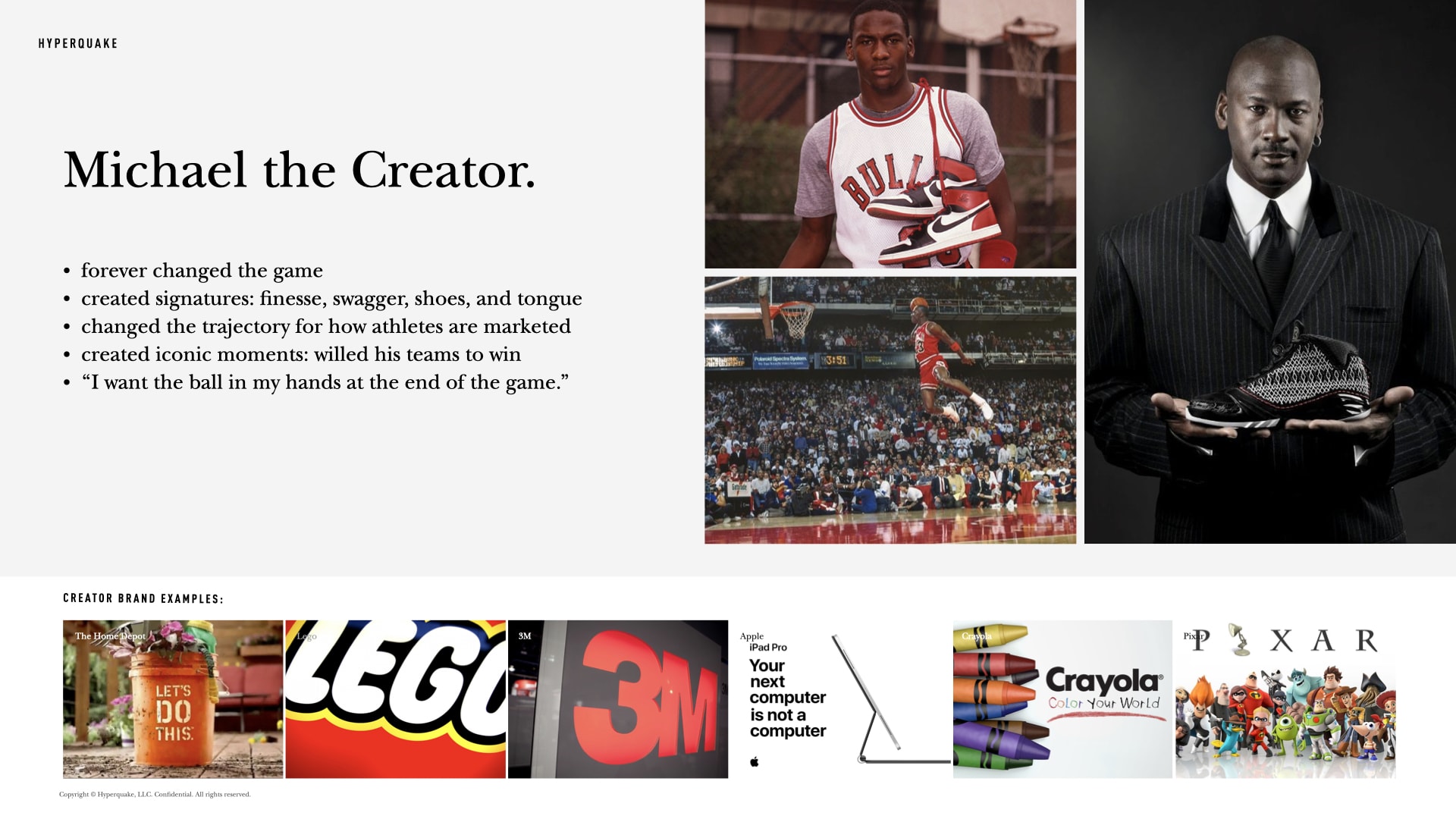 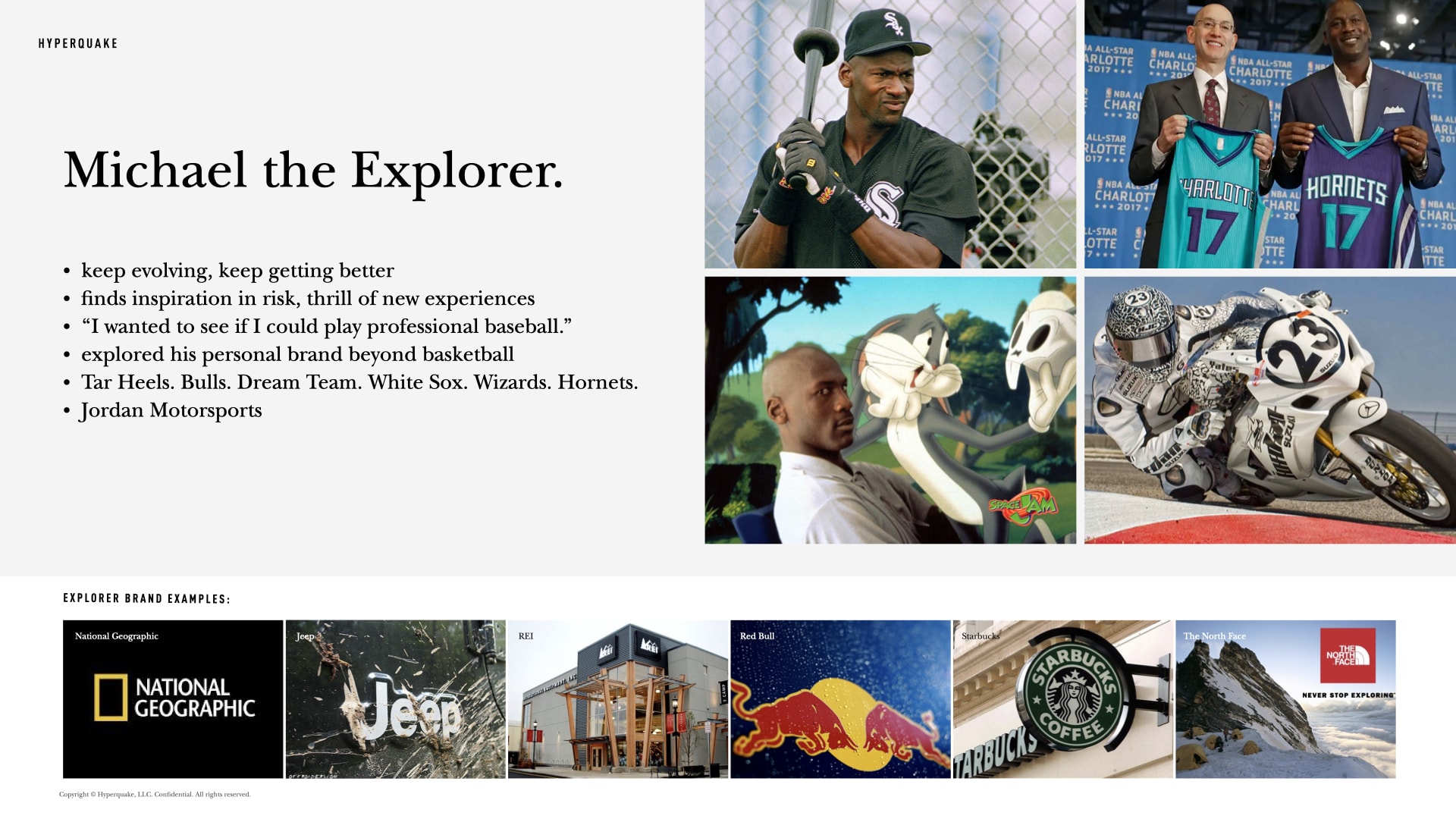 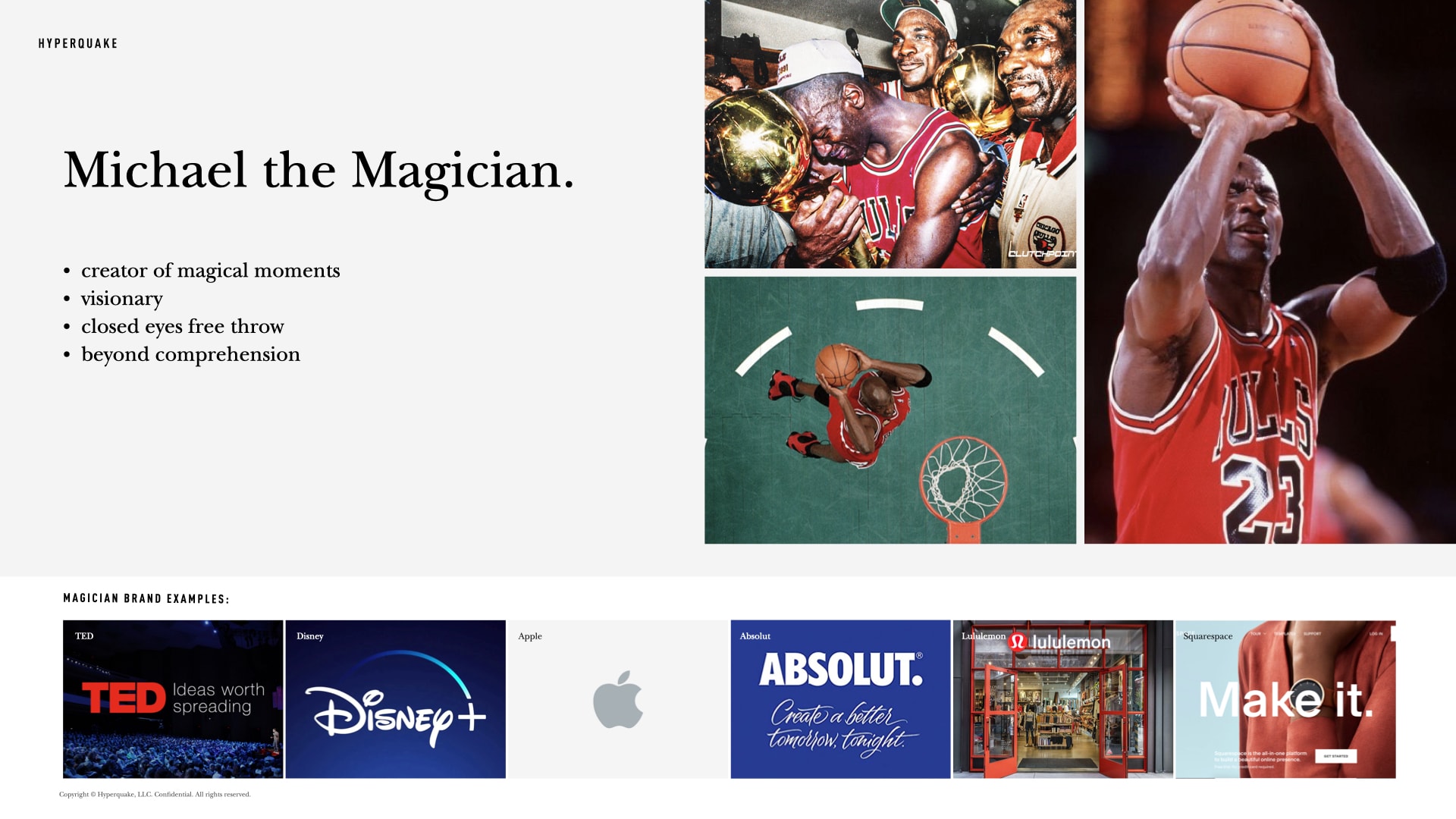 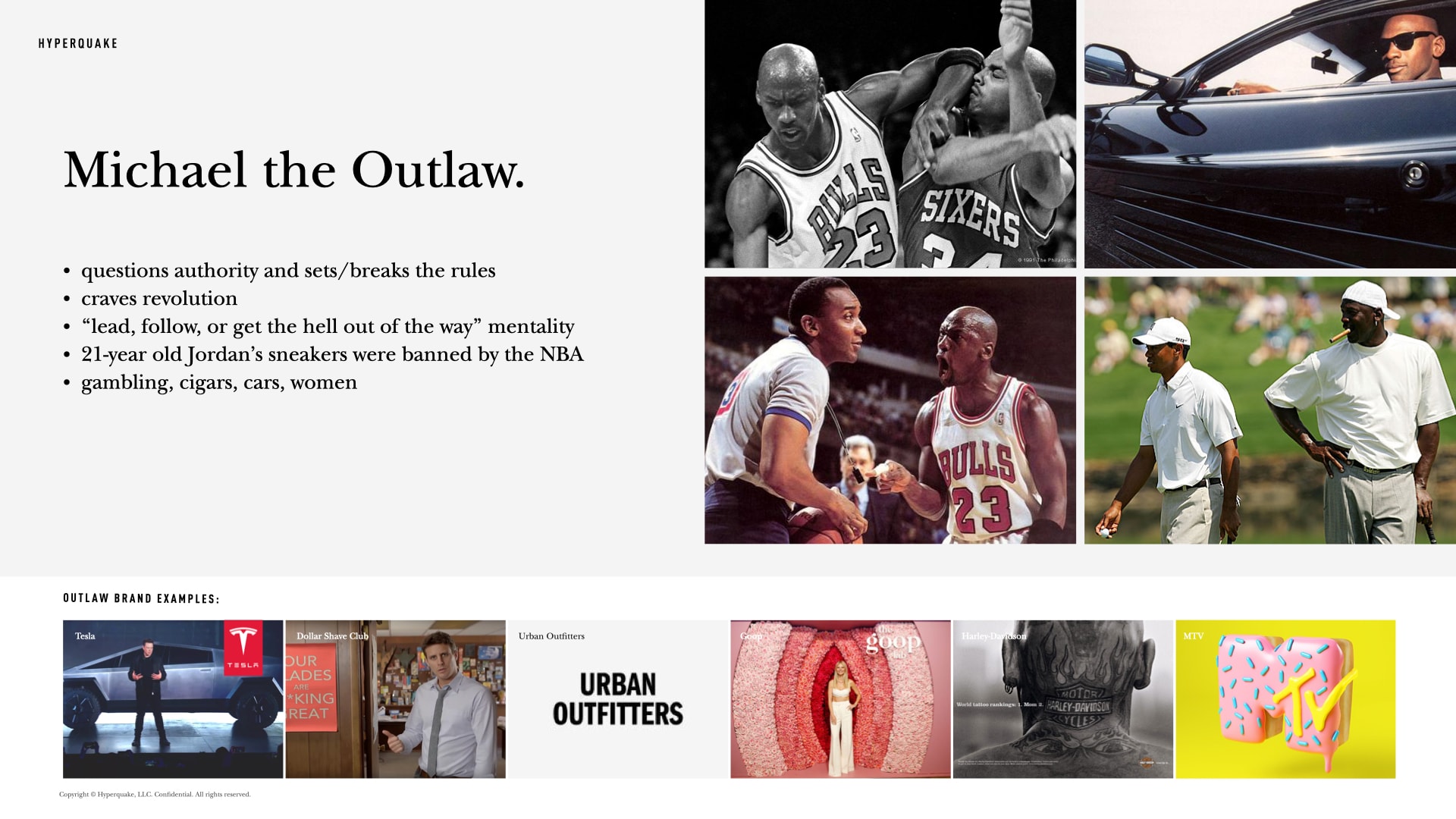 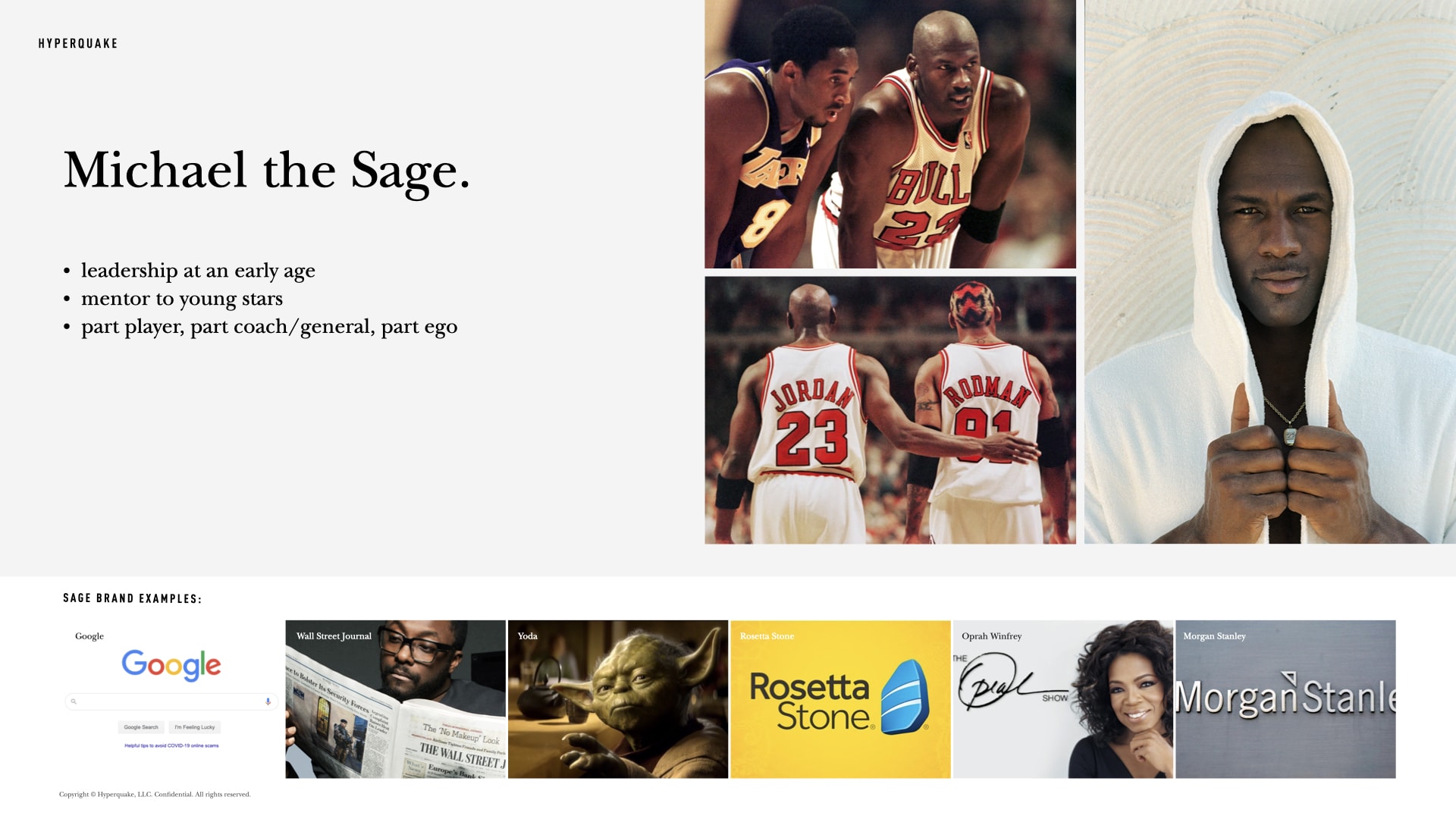 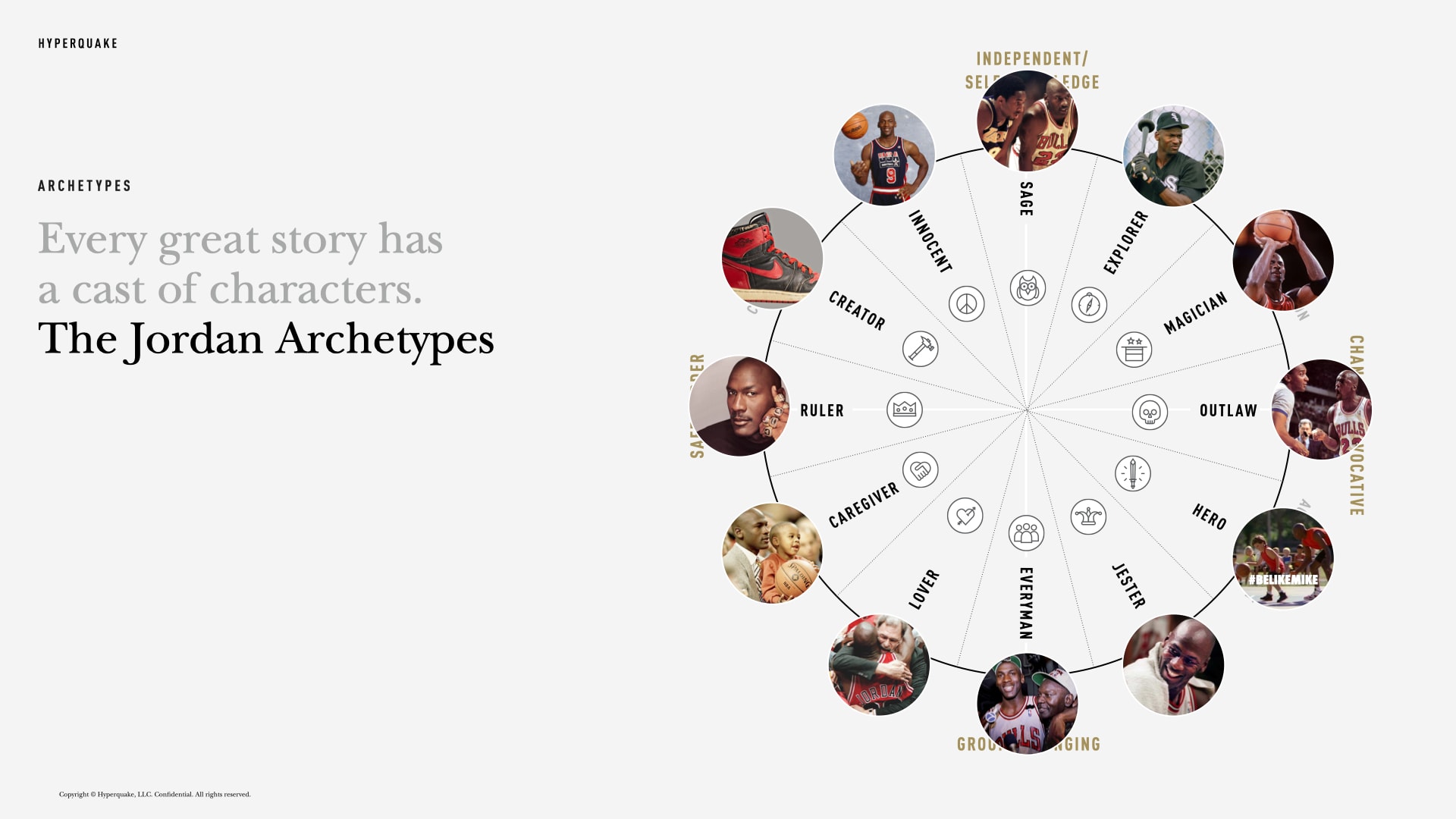 The 12 Archetypes of Michael Jordan

A few questions to consider:

What archetype(s) does your brand embody today? Tomorrow?

Where do your competitors live on the archetype wheel?

What persona gives you an opportunity to stand out?

What would your brand look like if it embraced a different archetype?

And does your vision for your business align with what your consumers and customers say that you are?

I dig this, nice perspectives!

Thanks for the kind words, Brian. We’re glad you enjoyed it. We’re happy to connect and discuss if you have any thoughts. Cheers.

This is awesome and served as a nice finisher to my withdrawals of Last Dance content. Great work Dan & team!!!

Thanks MJ! We’re missing The Last Dance too.